Thomas McMahon on Polar Cities in our Future? 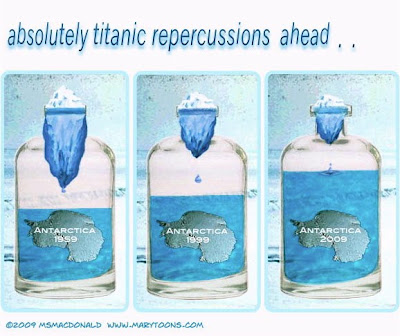 The gulf stream is slowing, the artic is thawing, methane is being released in enormous quantities from the permafrost which is thawing in Siberia and now Alaska and the nothern reaches of Canada. Scientist are alarmed at the rate of change happining around the world and the Republican party is still worried about corporate profits instead of focusing on climate change legislation. Can you say catastrophic, you better because what is happining is we have reached a point of no return we just won't acknowledge it in terms of the earth is undergoing monumental changes that threaten the very existence of mankind. Our failure to act has caught up with us, I feel very sorry for future generations we have let them down in a bigger way than can ever be imagined.

thomas mcmahon
millis ma
tommic856@verizon.net
Posted by DANIELBLOOM at 10:28 PM No comments: Links to this post 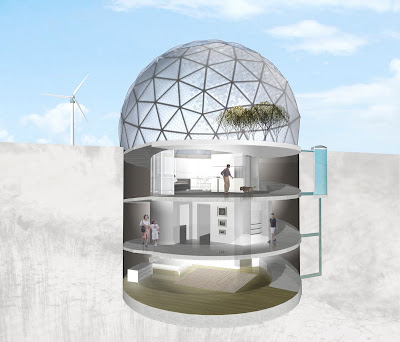 Fundraising has begun. Volunteer interns to serve as residents of the first model polar city in the world are being recruited. This is for real.

ILLUSTRATION ABOVE by Jennifer C. Daniels, commissioned by Reynard Loki, titled "Underground Desert Living Unit"
Posted by DANIELBLOOM at 12:54 AM No comments: Links to this post

n
Posted by DANIELBLOOM at 8:12 AM No comments: Links to this post